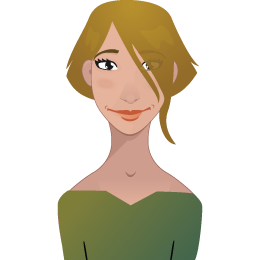 Going to the dentist isn't any fun, but it is one of those things that just has to be done. For years, I fought the process and didn't go for my regular cleanings and in the end, it sure didn't pay to do so. I ended up spending ten times as much time in the chair and a boat-load of money in dental repairs. If you don't like going to the dentist, you can make it easier on yourself. This blog will show you a few tips that can help you improve the experience and get through the treatment without as much discomfort.

going to the dentist with less anxiety

When it comes to revitalizing your own personal aesthetic, cosmetic dentistry has become increasingly popular over the years. Not only does cosmetic dentistry perform an aesthetic function, but it can also increase the strength and resilience of your teeth and oral health as well. Despite the increased visibility of cosmetic dentistry as a practice, there are still a number of procedures that are not very well known to the public at large. Throughout the course of this brief article, you will learn about 4 lesser-known cosmetic dentistry procedures you might not have known about.

Gum shaping, or gum contouring as it is commonly known, is a practice that has become increasingly popular among older and younger crowds alike. If you are unhappy with your smile and believe that your teeth are either too large or too small, then this is the procedure for you.

Enamel shaping, or contouring, is another form of cosmetic dentistry that relies on reshaping what already exists in your mouth to give your smile a more aesthetically appealing appearance. In this case, the enamel of the tooth is shaped in order to ameliorate several dental maladies and deformities, such as overlapping or crowded teeth, smoothing out rough teeth, or simply making small shape based changes to the tooth itself. Enamel shaping is becoming a fairly common procedure, despite the fact that it is not a household name, due to its relative inexpensiveness and the fact that no anesthesia is necessary for this procedure.

Gum depigmentation is a relatively uncommon procedure, due to the fact that not many people suffer from excessive gum pigmentation. Gum depigmentation is a technique that is used to cure the over excessive deposits of melanin that might be present in your gums. The excess amounts of melanin causes the gums to become a darker color. Discolored or dark gums might also be caused by gum disease. So not only would this procedure improve the cosmetic integrity of your gums, but it could also serve to improve your health, as well. In recent years, this form of surgery has become laser oriented.

Gingivectomy was a procedure that was originally invented to treat periodontal disease by removing unhealthy gum tissue from the body in order to promote the growth of healthy tissue. This use has fallen out of favor, mainly due to the fact that people are much more aware of oral health issues than they were in the past and, as such, take care of their teeth and gums much better than they did a few years ago. In contemporary days, gingivectomy is a procedure that is used to remove overgrown gum tissue. This is a procedure that is very much akin to gum contouring, as it removes gum tissue for people that believe that they have "too much" gum tissue that covers their teeth.

Cosmetic dentistry as a practice is becoming more and more prominent as people wish to improve the aesthetic integrity of their smile. Hopefully, you have learned about a few of the procedures that are commonly passed over when they think of the cosmetic dentistry practice.

For more information and details, talk with a local cosmetic dentistry clinic or visit websites like http://www.DentistNova.com.